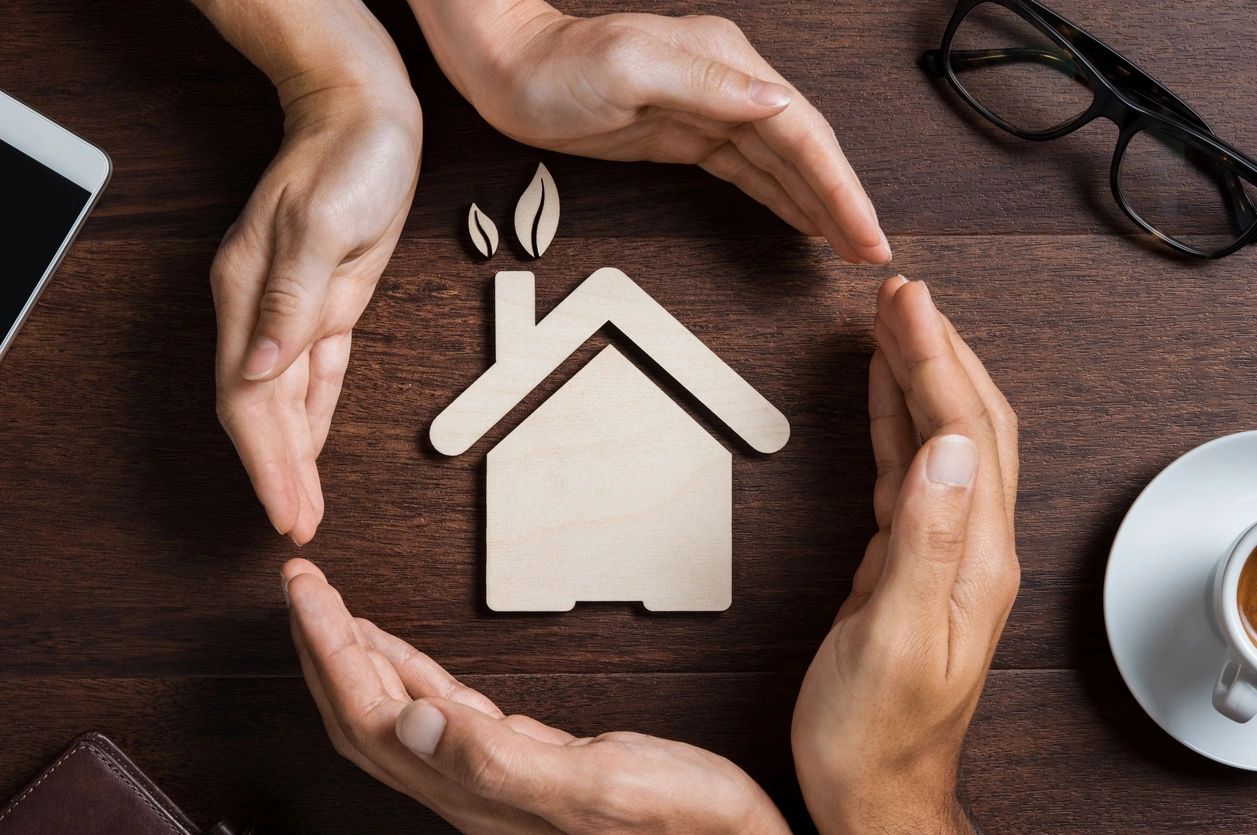 This year has been a unique one for real estate. Though the pandemic slowed the majority of the economy down, the housing sector boomed in 2020.

In fact, it saw almost unprecedented success. Buyer demand soared (up 40% at one point), bidding wars were a constant presence, and mortgage rates bottomed out — hitting a new record low more than a dozen times over, according to Freddie Mac.

The market even bucked the traditional fall slowdown, with unseasonably strong demand well into the cooler months. All this, despite an ever-worsening pandemic.

But 2020 is almost (finally) at its end. Will it be the end of the current housing boom as well? Probably not. According to experts, we can expect more low rates, still-rising prices, and a continued exodus to the suburbs, among other trends.

Here’s a look at what to expect for housing in the new year:

If you haven’t gotten around to refinancing just yet, it looks like you still have some time. Most experts expect mortgage rates to stay low for quite a while — through 2021 and beyond, actually.

“We are cautiously optimistic mortgage rates will continue to stay low and even slightly decrease in the short- and medium-term,” said Rich Weidel, CEO of Princeton Mortgage, a mortgage company based in New Jersey.

Consumers will likely see the lowest rates at the start of the year, before COVID-19 vaccines are widely available. They’ll then increase — at least slightly — in the back half of 2021.

“Mortgage rates and the economy have an interesting relationship,” said Ali Wolf, chief economist at Zonda Home, a housing market research firm. “Economists and analysts alike expect economic activity to unleash during the second half of 2021 once the vaccine becomes widely distributed. A strong or strengthening economy is typically linked with rising borrowing costs.”

Home prices will keep rising, but vaccines could ease the pressure.

On the backs of high demand and extremely limited inventory (the lowest on record), home prices shot up in 2020. According to Realtor.com’s most recent housing report, home prices increased 12.7% between November 2019 and November 2020. That’s up from the 12.2% bump seen in October.

Fortunately, it seems prices won’t rise at such a brisk pace in 2021. Though the start of the year should see some steep increases, CoreLogic’s chief economist Frank Nothaft predicts price growth will slow once vaccines reach the general public.

“Once much of the population is vaccinated and as the pandemic subsides with warmer temperatures, we expect more inventory to come on the market,” Nothaft said. “Many older homeowners that had planned to sell in 2020 decided to postpone their listing until the pandemic risk has dissipated. If that happens by mid-year, then the increase in for-sale listings in the second half of the year — coupled with new single-family construction — will ease price growth.”

Altogether, Nothaft predicts a 2.1% growth rate across the year. Danielle Hale, chief economist at Realtor.com predicts higher appreciation, at 5.7% — though that’s still lower than what we’ve seen in 2020.

“This is a much more manageable pace of increase than recent double-digit percent gains,” Hale said. “But mortgage rates that are steady or rising won’t provide the same offset that they did in 2020, so monthly mortgage payments will rise and be challenging in a way that they haven’t been in 2020.”

Competition will calm — unless Biden can pass a costly housing tax credit.

Things may also get better in the competition department. In October, 56% of all offers submitted by Redfin agents met competition. That’s down from 57% in September and 59% in August.

Fortunately, it seems that the downward trend may continue — especially once we get further into the new year.

According to Hale, the number of for-sale listings should increase across most of 2021, alleviating some of the inventory struggles faced by buyers in 2020. As of October, there was just a 3.3-month supply of homes on the market — the lowest point on record.

“What this will mean practically for buyers is that they may see a greater number of homes for sale and feel less competition in the market later in the year,” Hale said.

One thing that could throw a kink in that outlook? That’d be President-elect Joe Biden’s proposed homebuyer tax incentive, which offers an advanceable $15,000 credit to first-time homebuyers (to be used toward their down payment). If the credit is approved by Congress, Wolf said it could ramp up competition.

“Home shoppers say saving for a down payment is the biggest hurdle they face when trying to buy a home,” Wolf said. “The $15,000 first-time buyer tax credit is a targeted effort to help address that hurdle. Buyers should set their expectations accordingly, though. If the proposal becomes reality, the housing market will become even more competitive.”

According to Wolf, passing the $25 billion-per-year credit likely won’t be a high priority early on in Biden’s tenure — especially with the market performing so well.

“It is unlikely that the first-time buyer tax credit is a first day or even a first month policy,” Wolf said. “This is partly because housing is already the strongest sector in the economy and requires less stimulus than some other industries negatively impacted by the pandemic.”

When the policy does come up, Wolf said its fate will probably depend on who controls Congress.

“The Senate runoffs in Georgia in January act as the X factor,” she said.

Homes will get bigger and feature more health-related amenities.

Most experts predict that new home construction will rise in 2021, particularly if demand stays strong. It’s already done so in the back half of this year, with housing starts increasing nearly 15% annually in October. According to Realtor.com, starts should rise another 9% in the new year.

Though these new properties will certainly alleviate some of the supply constraints buyers are facing, they will also give builders the chance to better align with consumer preferences, which have changed considerably during the pandemic.

“Because people are using their homes more, consumers want larger and more efficient housing,” said Robert Dietz, chief economist at the National Association of Home Builders. “We expect median new home size to increase after four years of decline.” Third-quarter data already shows this trend in action. According to NAHB, the average square footage of a new single-family home is now 2,487 square feet — up 5% since the Great Recession.

Open floor plans — once a must in new home construction — are also on their way out thanks to COVID-19. As Frederick Warburg Peters, CEO of Warburg Realty, put it, “If everyone is around all the time, defined spaces — with doors — become that much more desirable.”

Also on the list of demands in a post-COVID world are health-related amenities and features that boost energy efficiency.

“Homebuyers are placing more interest around features that help them save money each month, like water-conservation features, energy-efficient appliances and UV-blocking windows,” said Phillipe Lord, COO of Meritage Homes, a home builder based in Texas. Air filtration systems and maintenance technologies — ones that monitor air and water quality, sense for pipe leaks and alert consumers of when to change air filters — are also growing in popularity, he said.

The suburbs will continue their hot streak.

Demand for suburban homes has exploded since the pandemic began. According to a Realtor.com report, when compared to urban properties, prices have consistently risen quicker in the suburbs since March. Homes have also sold faster and been in shorter supply than in more urban communities.

New home construction has also been focused there. According to Lord, Meritage Homes has seen the move toward the suburbs in literally every market the company operates in. NAHB’s most recent Home Building Geography Index backs this up. In the third quarter of 2020, the outer suburbs of medium-sized cities saw the most construction growth. The slowest-growing regions? Those were high-density spots in large metro areas.

Higher chances of COVID exposure is certainly one driver behind the exodus from high-density areas, but it’s not the only reason people are moving to the ‘burbs — nor why it might continue in 2021.

“The flexibility many people now enjoy through working remotely is contributing to migration patterns,” said Nick Bailey, chief customer officer at real estate brokerage RE/MAX. “That partially explains some of the exodus from expensive but close-to-work metro areas like San Francisco. Without a commute, relocating to a less expensive city becomes an appealing possibility.”

There’s also that desire for more space to consider. With more people working and schooling from home, many are looking for larger properties and more neighborhood amenities, both of which the suburbs provide.

On top of this, suburban properties tend to be more affordable per-square-foot than those located in more urban areas.

Foreclosures will jump — but not as much as you might expect.

Federal foreclosure moratoria have protected struggling homeowners from losing their homes since March. But those measures are set to expire at the end of the year.

When that happens, experts predict a surge of foreclosures will follow. Will it be as bad as the wave seen after the housing crash? Most likely not.

“The market dynamics are so different this time,” said Rick Sharga, executive vice president at foreclosed property platform RealtyTrac. “During the Great Recession, the housing market was over-built, lenders made it hard for the average borrower to get a mortgage, and millions of borrowers with bad loans defaulted in a very short period of time. These factors — plus weak demand from buyers — drove home prices down nationally by over 35%, which led to more foreclosures.”

Homeowners also have more equity than ever, offering a safeguard in case payments get hard. According to CoreLogic, U.S. homeowners have added a whopping $1 trillion in home equity since the third quarter of 2019 — a nearly 11% increase over the year.

With equity, “selling a home presents a much better option than losing everything in a foreclosure sale,” Sharga said.

Still, foreclosures will happen. Exactly when will depend on when moratoria expire, as well as how long foreclosure processes take in each respective state. When they do start to rear their heads, it likely won’t be until the middle of the year or later, according to Sharga.

“It’s likely that the foreclosure moratoria will be extended at least until the second quarter,” Sharga said. There are also CARES Act forbearance options to consider, which allow qualifying homeowners to pause their mortgage payments for up to 360 days. The program is set to expire on December 31, but homeowners already on plans will be able to see them through.

If these options get extended as well — which Sharga says is quite possible — it will push back foreclosure activity even further.

“Given the massive number of COVID-19 cases we’ve seen recently — which seem likely to drive up unemployment rates again — I’d be surprised if the enrollment deadline for the CARES Act forbearance program wasn’t extended at least through the end of the first quarter of 2021,” he said. “We may begin to see the first early stages of default activity towards the end of Q3, but it’s unlikely we’ll see a significant lift in foreclosures until sometime in 2022.”

As Bailey put it, “Following an unforgettable year in so many ways, 2021 is likely to see a strong, active housing market fueled by still-historically low rates, an increase in homebuilding and strong demand.”

Humanities in Real Estate – providing services and resources that will benefit the real estate’s social and economic welfare as a whole.