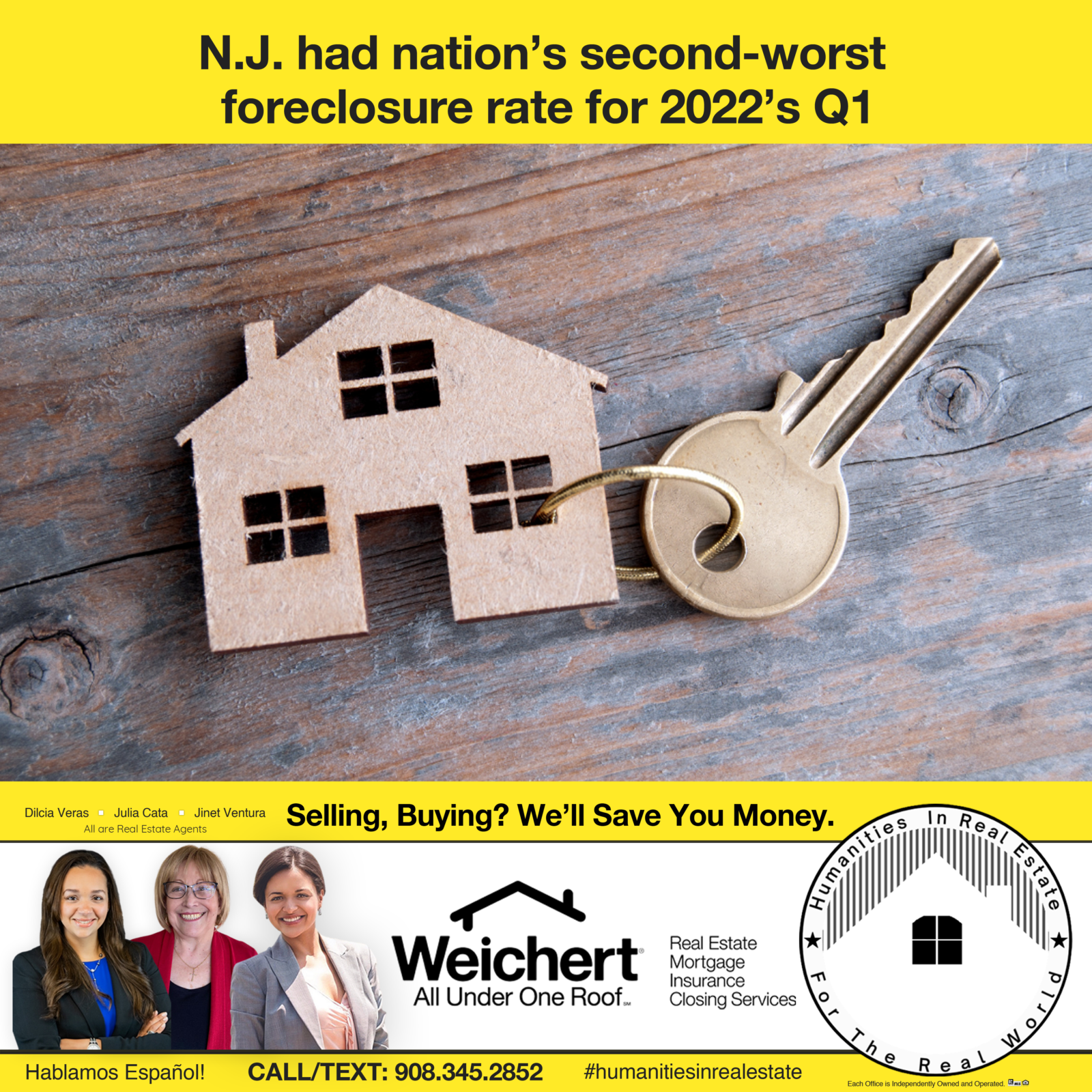 A new foreclosure report from ATTOM Data Solutions held disturbing news: New Jersey had the country’s second-worst foreclosure rate for 2022’s first quarter. Foreclosures spiked 69% from the fourth quarter of 2021, and compared to one year ago, the increase stood at a staggering 312%.

New Jersey edged out Nevada and trailed only Illinois:

Overall, according to U.S. Census data, approximately one quarter of Garden State residential tenants pay over 50% of their income on rent payments.

“Pandemic-related moratoriums and court backlogs just masked a lingering foreclosure issue in New Jersey,” said Assemblyman Beth Sawyer (R-3). “The home you can pay for today becomes unaffordable tomorrow because of rising property taxes and other related costs like insurance and utilities. I don’t know how many Realtors can truly say they are handing over the keys to a person’s forever home in New Jersey. It is completely unacceptable that affordability has been among taxpayers’ chief complaints for decades and the problem persists.”